Ollie would like to share some stuff!
We were asked to try out some cat toys and catnip from The Natural Pet Company. 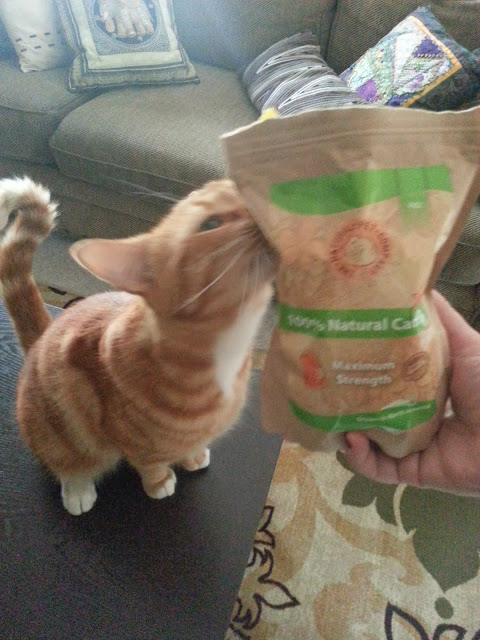 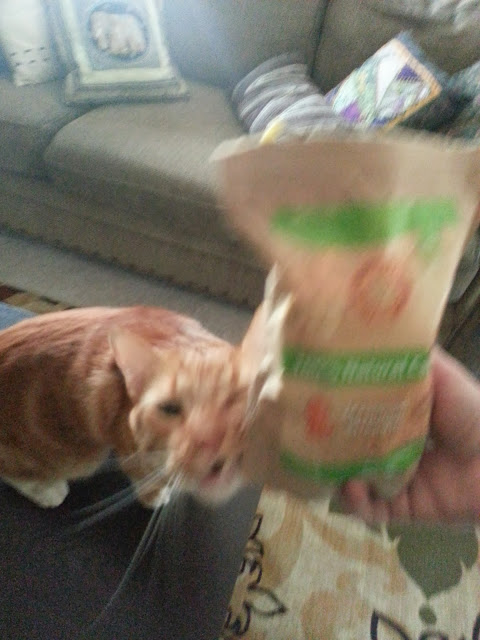 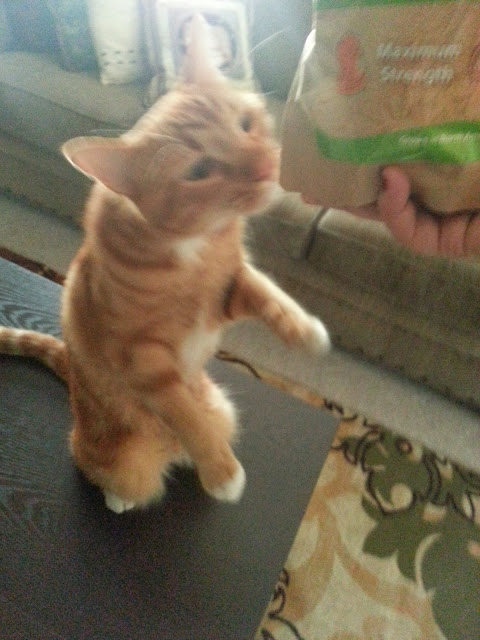 Well I will let Ollie tell how much he loves this stuff.
Since he's our youngest cat he was certainly more than stimulated by the toys in particular.


His favorite is the wand toy.  Right off after he was left with it he did chew two of the tail feathers off
but he just adores this thing!


The above vid was right after we got our supplies out.  I kept them locked up until I knew I'd have time to video.   Miss Jack, Scraps & Ms. Stella all love the catnip without a doubt, they just aren't as animated as our Ollie so you get to see more of him.


I'm so sorry for that video.  I thought the camera was off at first.
There was The Cat Pack of toys.
What's really fun is the little balls with ribbons on them?  He sorta likes to horde them.  Ms. Stella whapped him silly one night & took off with one.  I heard her later playing with it in the bedroom by herself.  It was hilarious!  They have little bells inside. 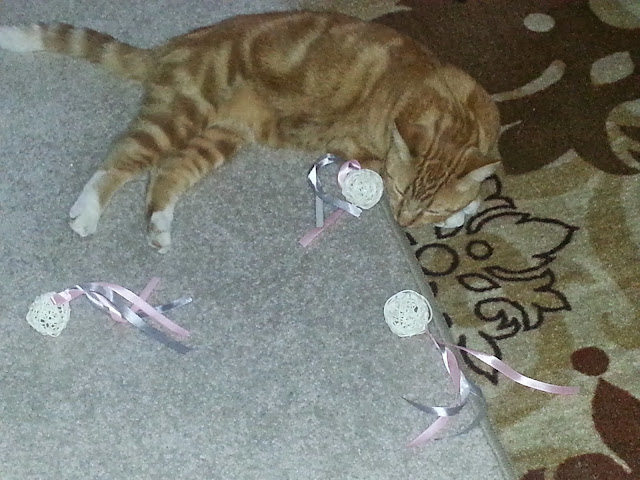 What?  All the toyz are belong to me. 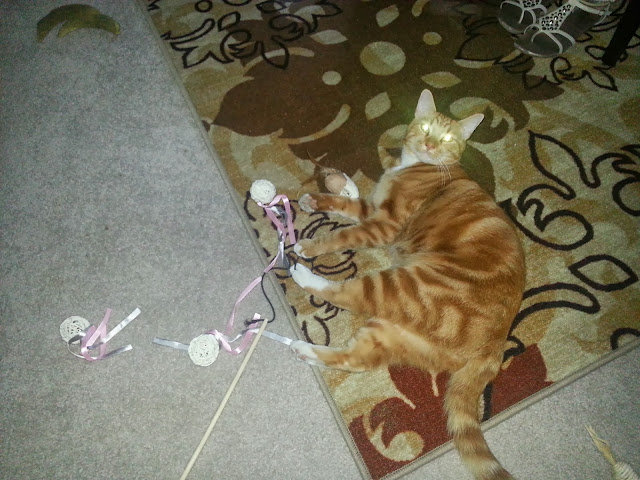 That little mousie in the bottom right is another of Ms. Stella's favorite.  Ollie doesn't seem to mind that one.  Ms. Stella sorta perches on then 'starts her Harley' as we call it but kick starting it with her hind leg.

Someday I need footage of that.

So I say all thumbs way up for these toys and nip!  The best bit is that it's all available thru Amazon.
If you are a prime member the shipping is waived.
I will say that we were given the toys & catnip at no cost and to give a review on but I have no problem doing that since all the kitties here seem totally smitten with their new stuff!