Momcat came with 7 kits. She had contracted a URI from the shelter. Within days the kits had it too. Within a week six kits were list leaving a lone survivor. The tuxie (now named Harry - the boy who lived)

Some days later two more kits ( the white one is Angel and is a tripod. Her brofur is a gentle giant and we call him Tank) were up needing a foster. They had just been taken in and so weren't sick. They were near to Harry's age and nearly weaned.  I agreed to take them in and hoped Momcat wouldn't reject them.

She brought tears of joy to my eyes when she accepted them and (very occasionally ) alloweds all three to suckle for comfort. They are all now eating on their own. I had been supplementing KMR for all three.

Mom immediately went back into heat so I took her in for her spay Tuesday.

All are happy, bouncy kittens now and momcat is much relieved of her hormones.

Soon the kits will be ready for their spay/neuter then onto the adoption roller-coaster. 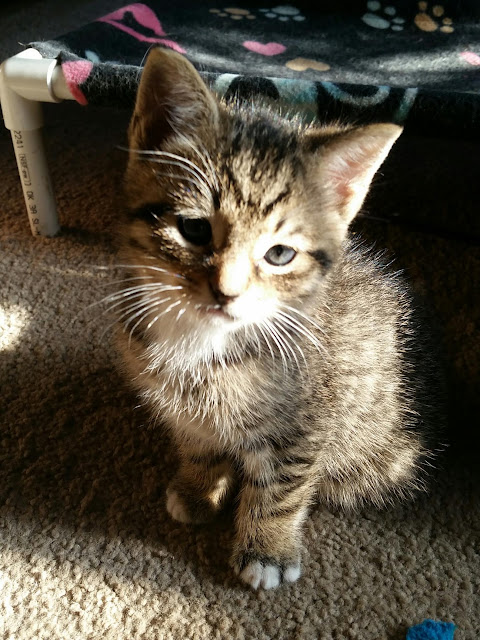 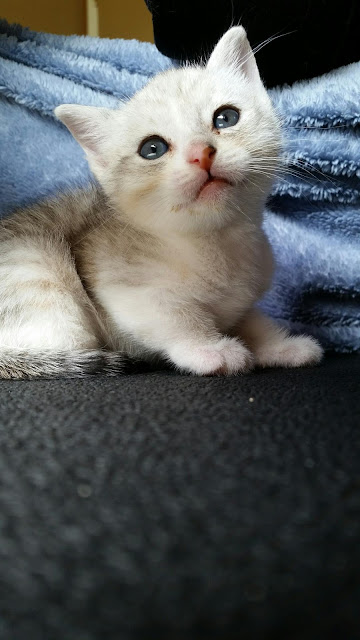 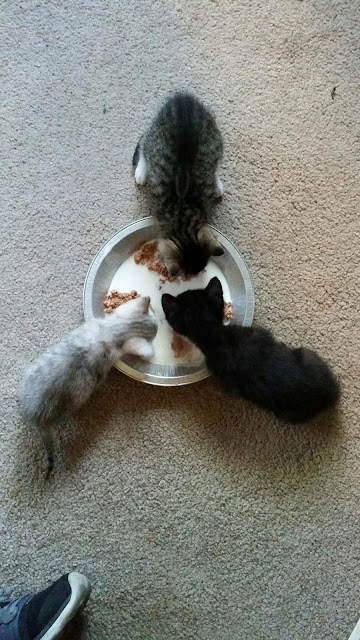 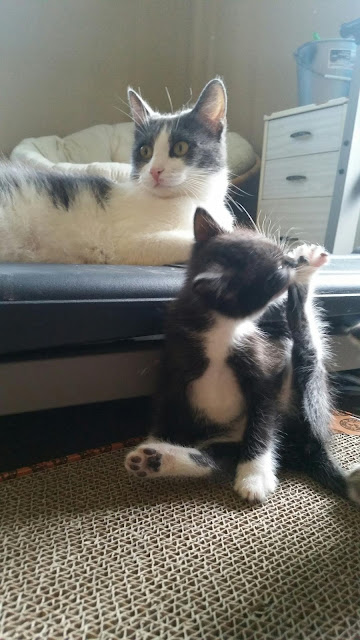 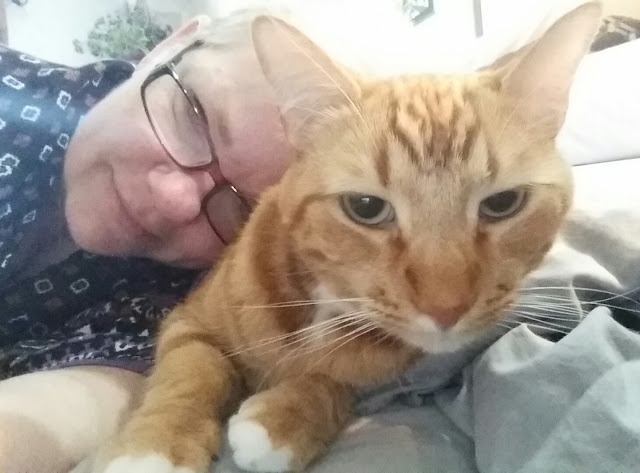