We have since heard from the vet and he concurred that the steroid Miss Jenga got wasn't supposed to do that.  She did have a reaction to it so no more of those.  Meantime, since I hate having her in the cone of shame, I got her this... 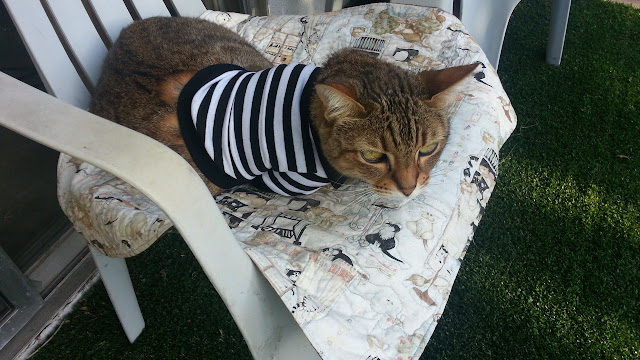 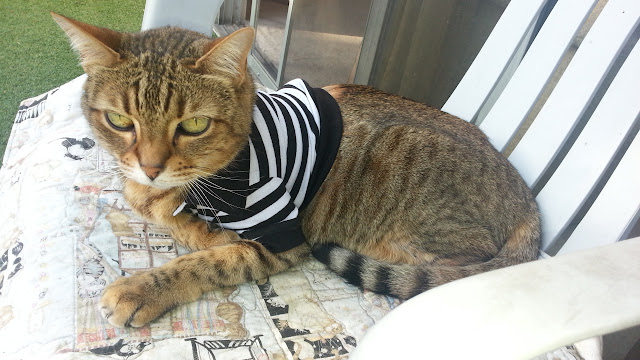 She doesn't seem to mind it too much and at least it will keep her sharp claws from scratching that 'oh so sensitive' skin that's showing.

**note to dog fashion designers; really?  All the items for girls were ridiculous sun dress numbers that  had so much bling they were completely tasteless.

This was the only thing that could be called 'understated' and it was for boy dogs but at least it didn't have the word 'dog' embroidered on it.