We got a free treat bag from Mr. Chewy to test taste!
Look how cute this sticker is that was on the front! 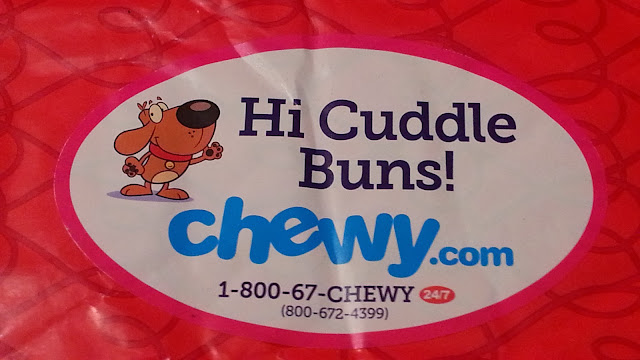 We were given a choice of treats and we chose Chicken; cos; well, it's been a loooong time since That Woman ate at KFC so this is the next best thing.
(maybe) 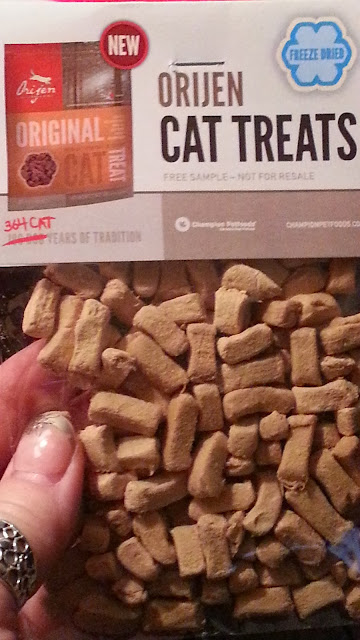 These are freeze dried treats and below you can see the CEO of the freezer playin w/his NipCigar.  (The sunglasses are for he glare off the snow) 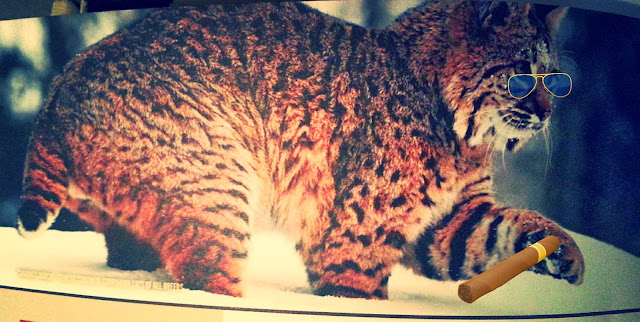 There was a nice brochure included but it stated wrongly that 2013 was the year of the Cat.  Well we fixed it and sent it back so they can make the correction. We like being helpful 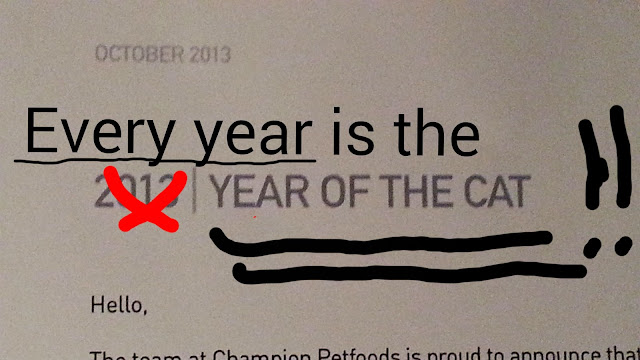 We don't think the treats will give you this kind of coat.

And since we mentioned the dreaded B word above we are posting this with no further comment except to say
Enjoy you TTT's! 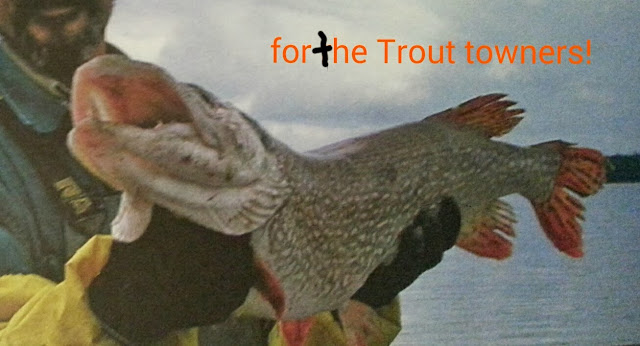 And finally our video the lazy human That Woman took today.  Ms. Stella was up first meowing on her stool for treats; naturally the nano second it took TW to turn on the video she stopped talking.  Then, apparently affronted by the camera; she leaves.  But three other kitties had no troubles with bribes what-so-ever!


There was a rafflecopter entry for January but sadly we missed it.  I will see if I can contact Andrew at Mr. Chewy and get one for February.