When even the snails are running *er sliming* for cover! This one is finding respite on our sliding glass door. He looks funny. 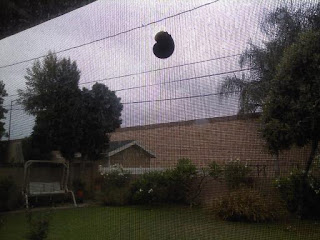 That Woman & The Gurl have their afternoon activies lined up 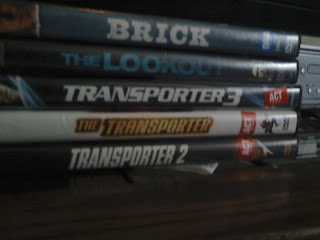 This is a sight you may NeVEr see again! Do you see the nerve of that drool monster Scrappie, sleeping on MY quilt! I am on the ottoman so That Woman can sit in HER CHAIR, but Scraps really feels it's her turn. ya.....right...... 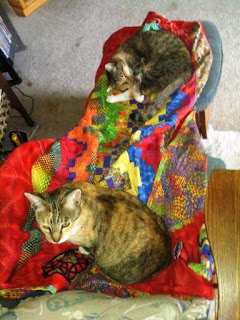 This is the pied Miss Jack on her beloved fleece tiger blanket (that is over 20 yrs old!) It also happens to be The Gurls favorite blanket so they 'share'. What you can't see (as the photographer was threatened within an inch of her life) is The Gurl kickin' back on the couch under the blaket *Miss Jack is actually in her lap* 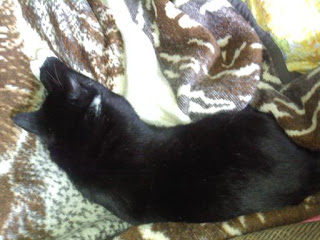 In this kind of weather, it gives That Woman migraines; so for most of the morning she was in her room in the bed where her own personal guardian kept watch. (good job Jengs) 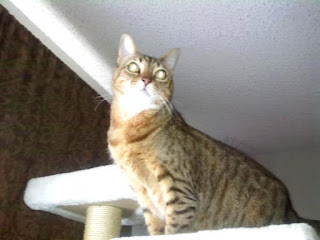 This has been a new(ish) development around the place. This is the door that separates that part of MY house where that mancat yowls. He is on the other side of this door; when he knows That Woman & The Gurl are in the living room with US watching movies; he will take all his favorite toys and shove them under the door to this side. OFTEN you can see his paws under the door too (very halloweeie I think) but it makes That Woman feel horribly 'guilty' and since I am a C.A.T. I have no idea what that word even means. 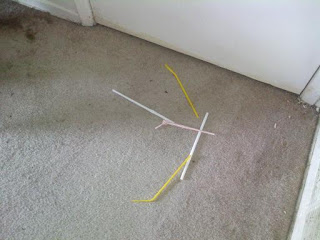 You may be asking yourself what in the heck these are? They are straws. Mr. Mancat is a collectorl Any way he can; be it right from your drink cup; stealthily from your desk (from your glass) and many times from the trash itself now matter how far down & buried they are. He apparently has a thing for them. As you can see in this next photo; most times he 'hoards' them in his house. (isn't there some dumb TV show about this illness?) 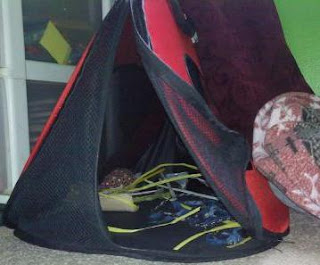 If he suspects you are near to his precious things; He will fly in from anywhere he was, turn in a tight circle to make sure his 'nest' is safe & dart right back out again (in a vain attempt to 'lure' any would be theives away) 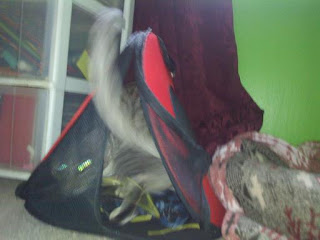 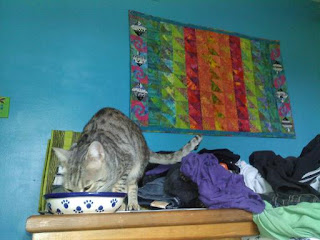 Later in the afternoon; I needed to go outside as That Woman was out taking photos of things and must have forgotten I was still inside adn therefore not available to be the sole subject and purpose of her pictures. (She is getting older & tends to forget the order of importance of these matters, I consider it my duty to gently remind her) 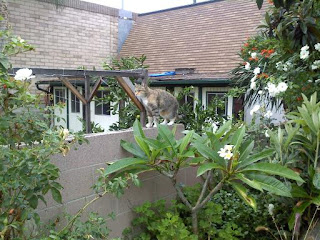 WHY she feels the need to photograph things like this when she can take pictures of me *which vastly increases the value of the photo* I'll never know.
Happy Sunday kittehs! 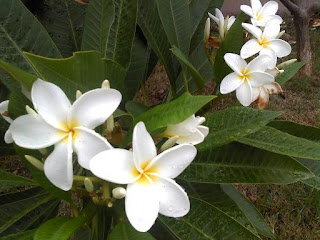