"Scrappie for cryin' out loud!" 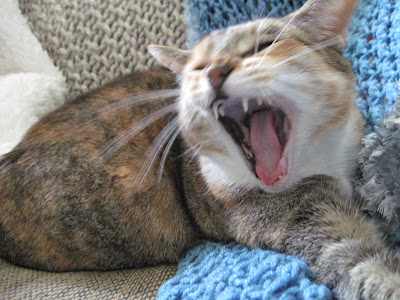 well,
those are just some of the names That Woman calls me.

It doesn't bear repeating what Ms. Stella calls me
or Miss Jenga

Sometimes even Oliver gives me a hard time and I swear Ms. Stellie put a 'hiss me' sign on my back. 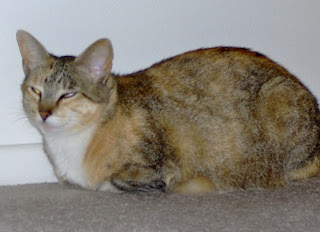 like I was hiding, but that's just my way. So
for a brief moment, here I am. 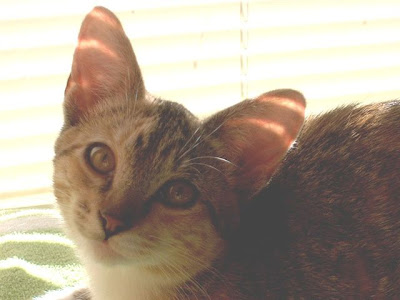 I am Miss Jack's sister
ya, that's right, the Tuxie
she was very protective of me. 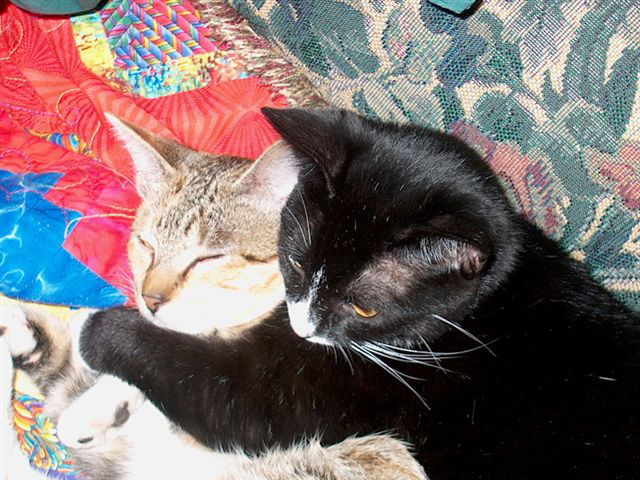 I had a brother named Scooby but
he found a forever home somewheres else.

I love my sister Miss Jack & we spent hours hanging out together. 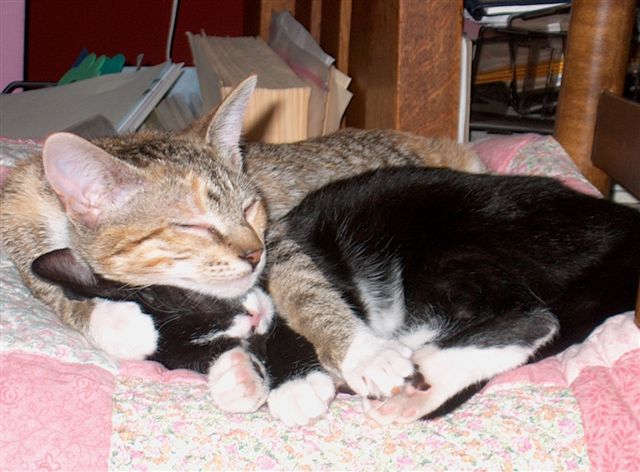 You see, I'm the kinda cat that really should only haz one person but he left. I went a bit crazypants.

I was sad (from TW: she was so sad and listless, not eating;  I thought we would lose her). I didn't understand and I would pee everywhere
and scream at Ms. Stella
and I wouldn't even like The Gurl or That Woman no matter how hard they tried.

That Woman was patient with me and just said
'You need to shift your paradigm Miss Scraps, we girls gotta stick together, you'll be alright." 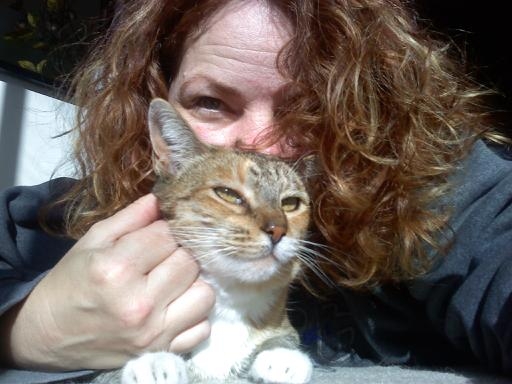 And I am!
It took 5 human years which is
like a squillion cat years but I finally stopped needing medication.

That Woman is who I love best now and even though Miss Jenga gets to sleep with her only (like I used too) I'm ok, cos I can sleep in The Gurls room with Miss Jack, like when we was little.

That Woman gets sad sometimes cos she knows I need to be with only her  but I can't be at nighttime cos Miss Jenga has to stay in her room.  But I am allowed in the sewing room and I will head butt That Woman's head till I'm silly and then she laughs and calls me
slimybabydroolieface
and I meow like mad & curl up on fabric piles & just be in there because I need to remind her when to take a break.

Since I know That Woman loves me,
I can deal with Miss Hissy face & The Goon Squad. 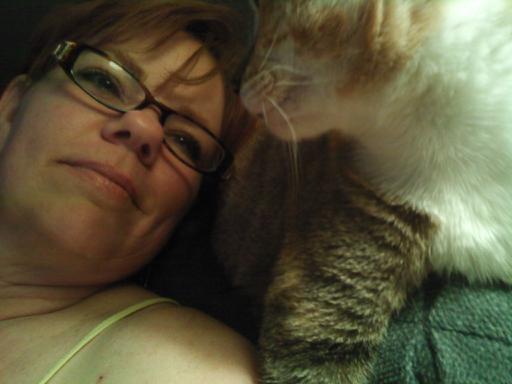