Update 01600 hours. Stella is home and resting. She was sent home with anti inflammatory pills and she was told *No more sneaking out at her age* to which I replied "She is grounded now given her age and recent joint pains. " Ms. Stella will issue a statement later this evening after she cleans off my blood from her furrs and is more presentable. TW
UPDATE: 014:00 HOURS... at 013:00 hours Ms. Stella will endure the ride to the Vet.  We'll keep you posted! 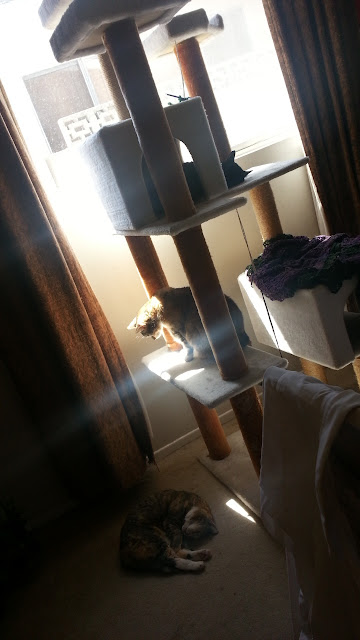 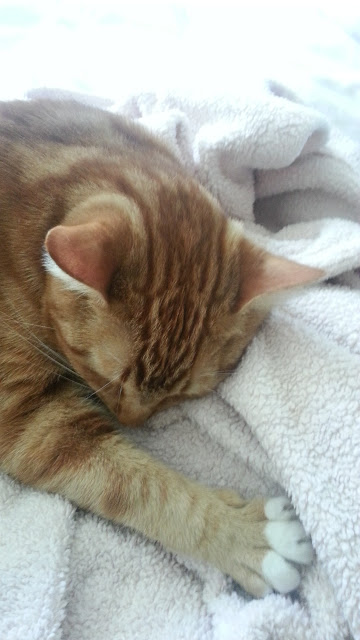 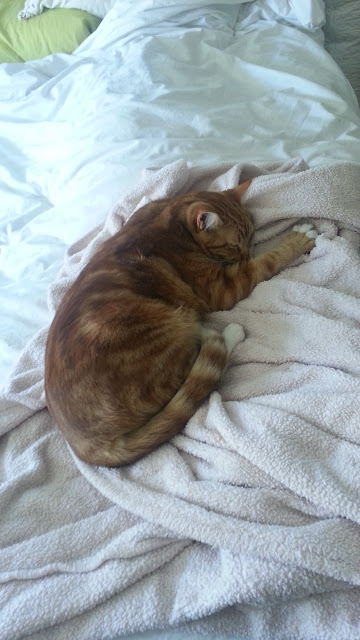 and then of course this is self explanatory 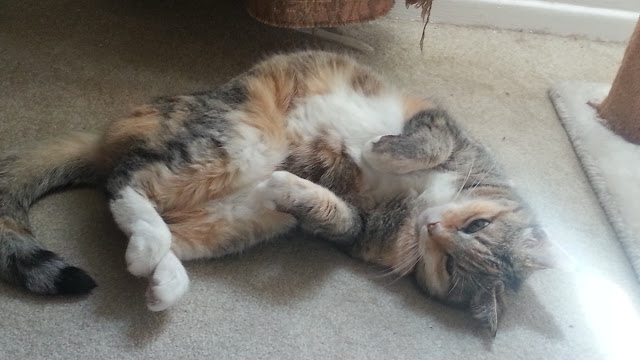 Ms Stella has been heavily favoring that right paw.  She will put weight on it but mostly keeps it tucked up.  I have started to give her Glyco-Flex III treats.
If she doesn't get better she may have to endure the *gulp*
car ride of doom