We interrupt this broadcast...

Honestly Woman!  if you want to take a photo of the moon; you really, really, really need a tripod
and knowledge of apeture...including how to spell it aperture
(that only took three tries without cheating) FAIL

That Woman was trying to pass this off as intentional; at least until I asked her WTP that red trace light was...(NO that doesn't count as
'artistic license' of interpretation of the 'blood' moon) 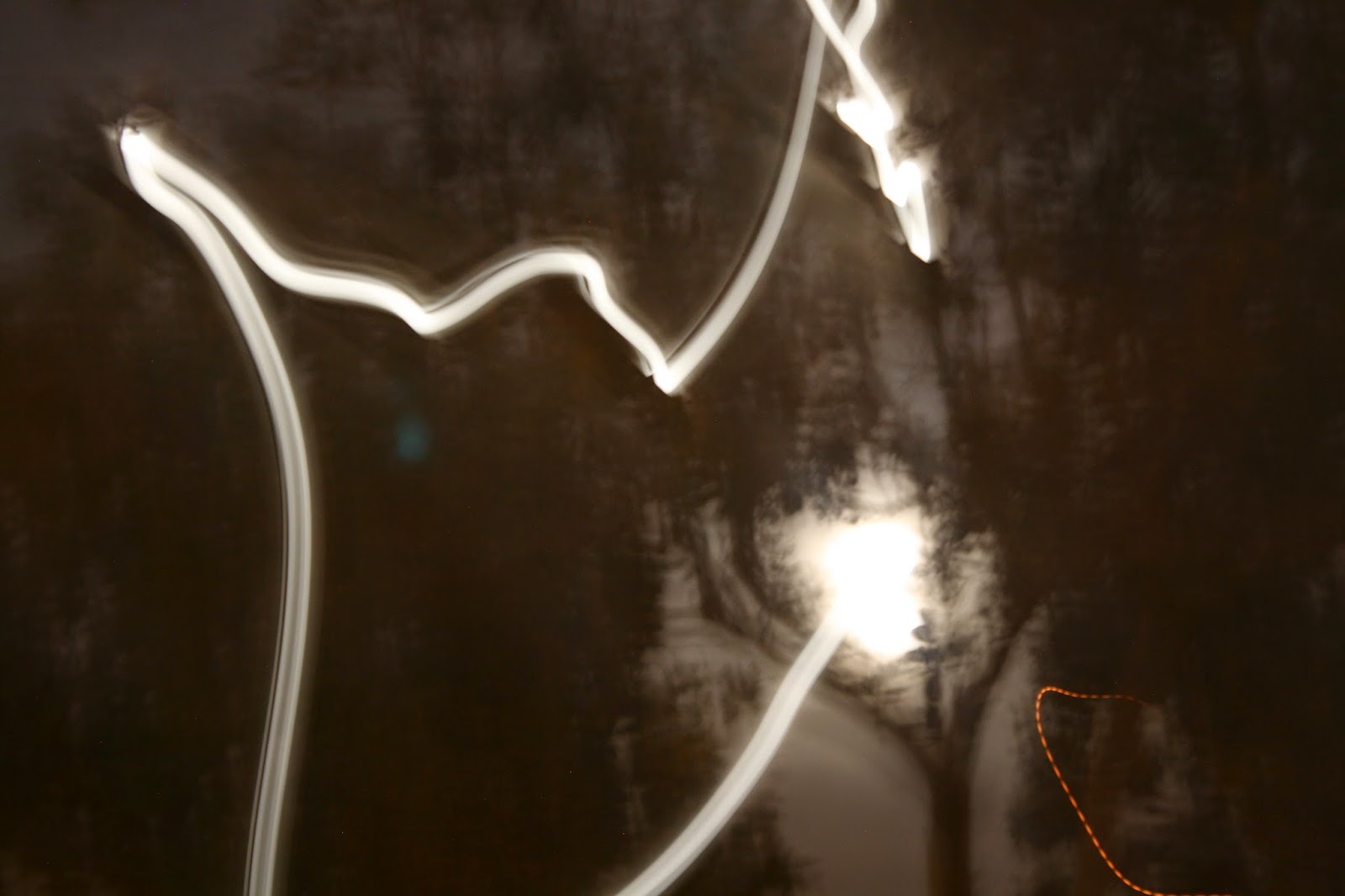 You also need to make sure that when your 'good' camera is in the shop being fixed (you know, the camera you paid gillions for when your child took up photography and now she's the only one who knows how to use it but doesn't anymore? ya, that one) weeeeellll,
you don't just grab the crappy 'point and shoot' to capture a rare bird in your backyard that you've been trying to get for months.  Even when the little bugger was perched in the red maple, sun shining off his glorious little body as if he was practically posing for you!  Those screens are so small and when you need glasses to see you think you've nailed every single wonderful shot only to end up with this.
(This is the black headed Grosbeak)
This bird was so striking to see That Woman actually gasped when it landed in the
kitty free yard
she still weeps at these photos 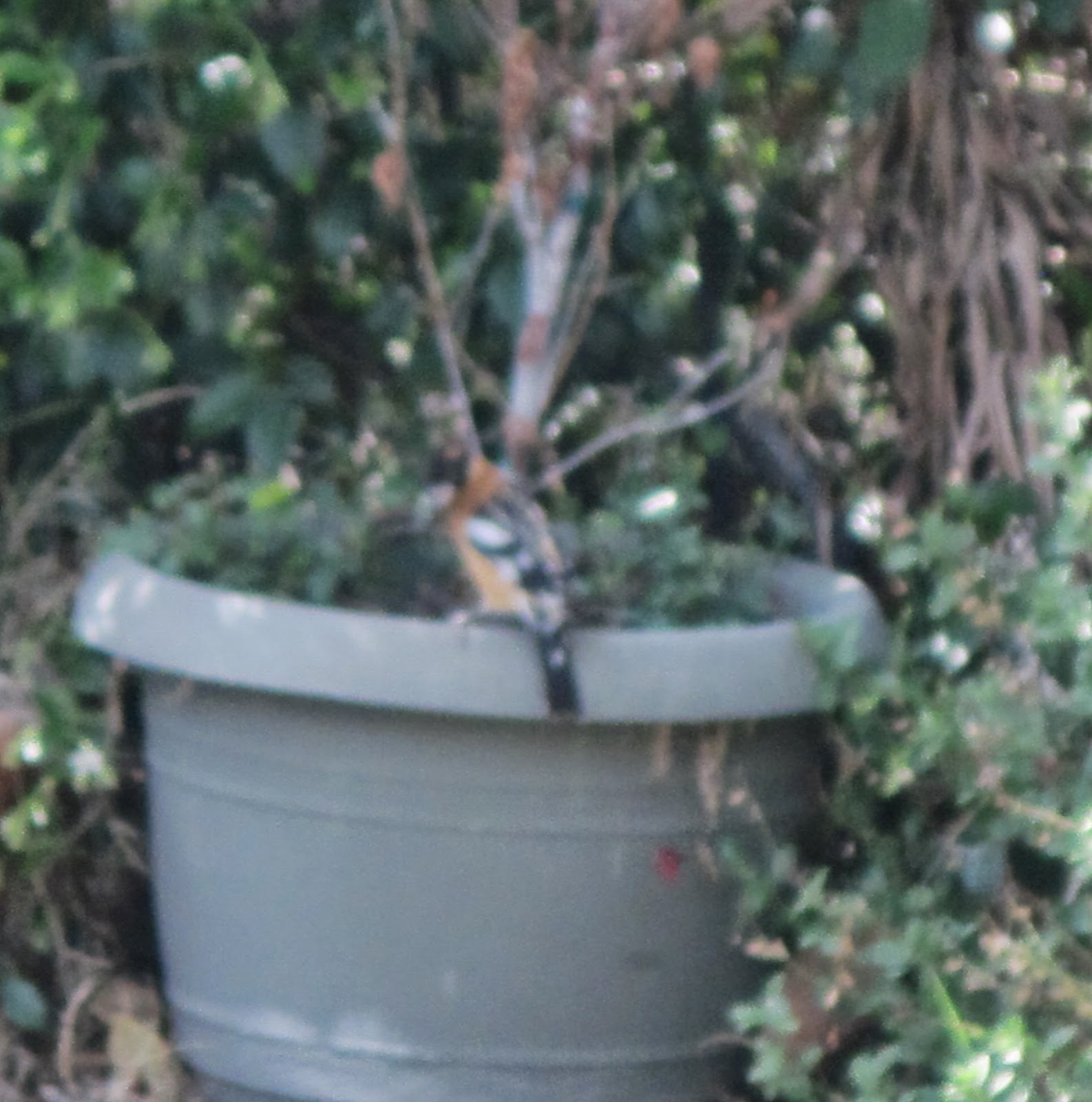 further; when using a crappy point & shoot notice how the dumb ass camera wants to keep focusing on what's right in front of it's face instead of what you are attempting to capture?
reminds you a bit of humans no? 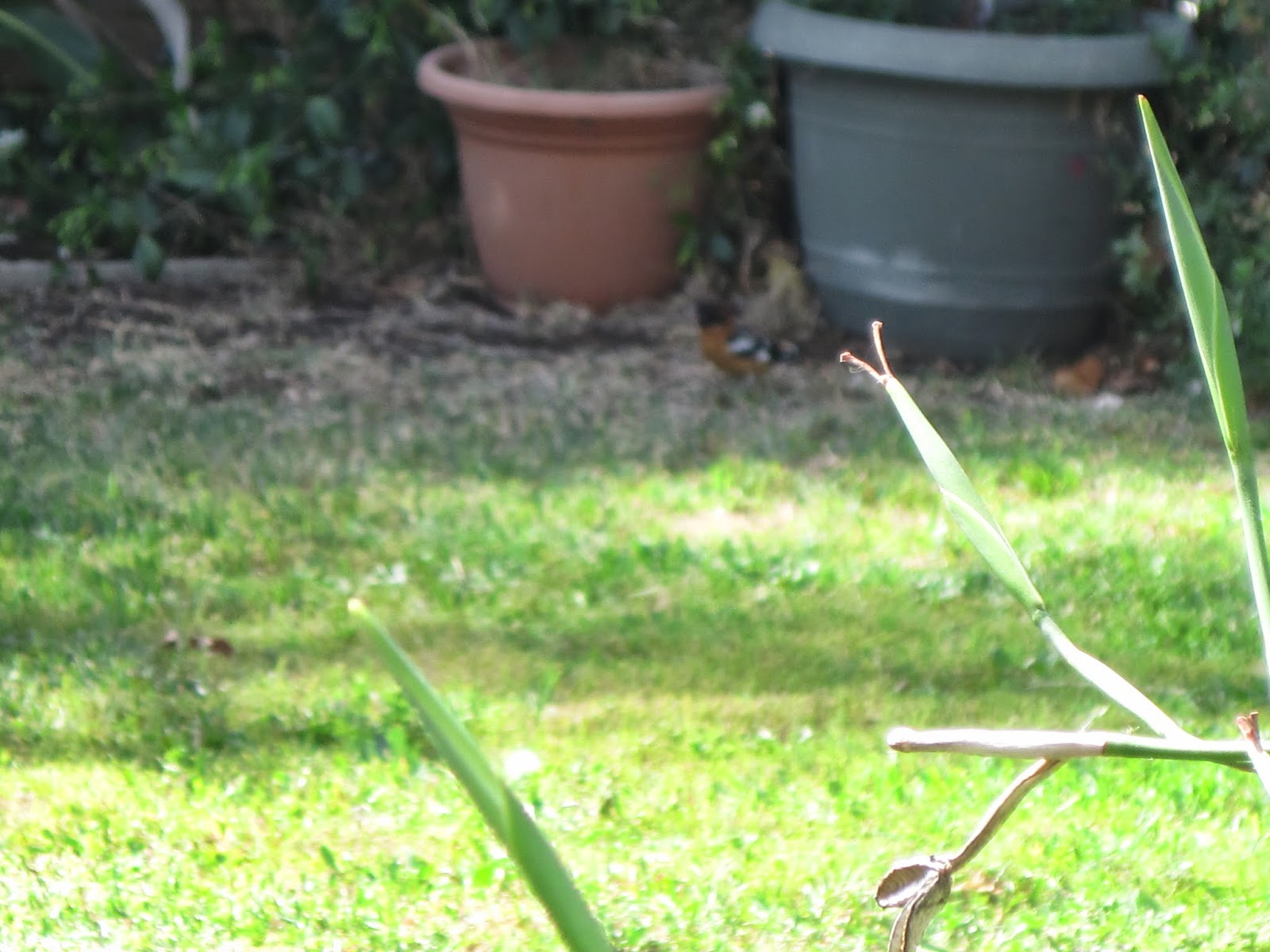 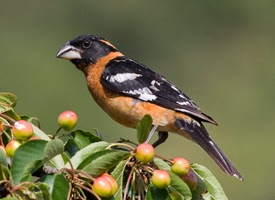 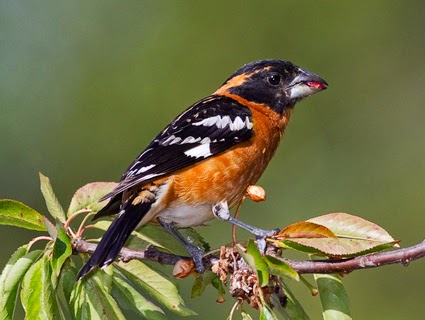 She's taken photos of US with her camera phone which is pretty good considering, however we've been less than helpful lately and she's been rather over worked.

AND kitties; if she's murdalized all those other incredible shots like the blood-moon and the birdie; you can BET we ain't lettin her near us!

She picks up the real camera on Friday and is spending the day off, getting her hairs done and hopefully getting reacquainted with some camera skillz when The Gurl and she go out to lunch.

Here's a shot of yours truly in better (camera) days.
(oh lookie how coy I am!) 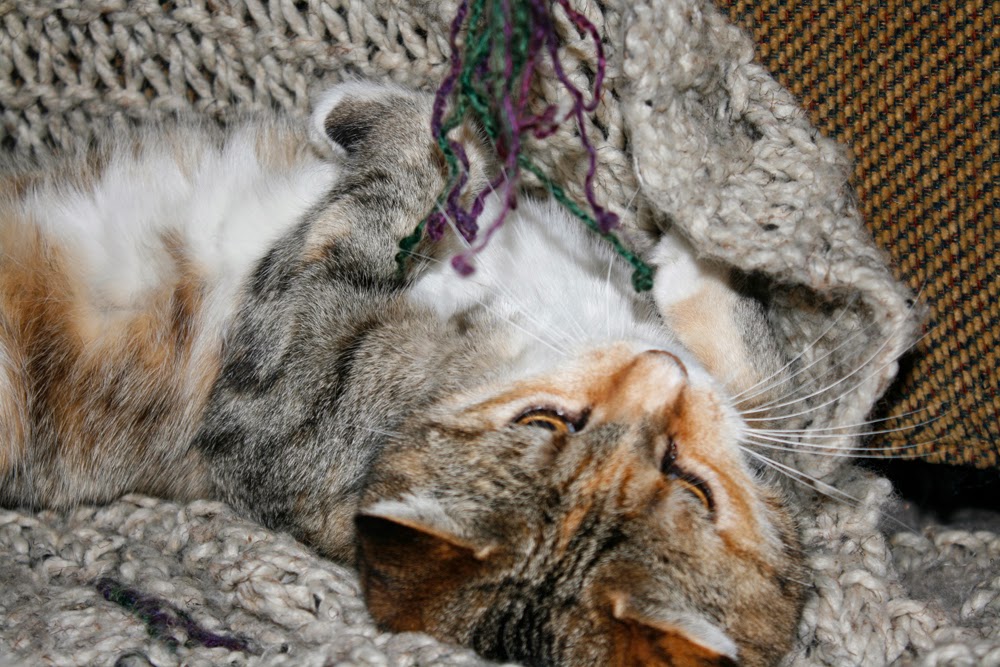 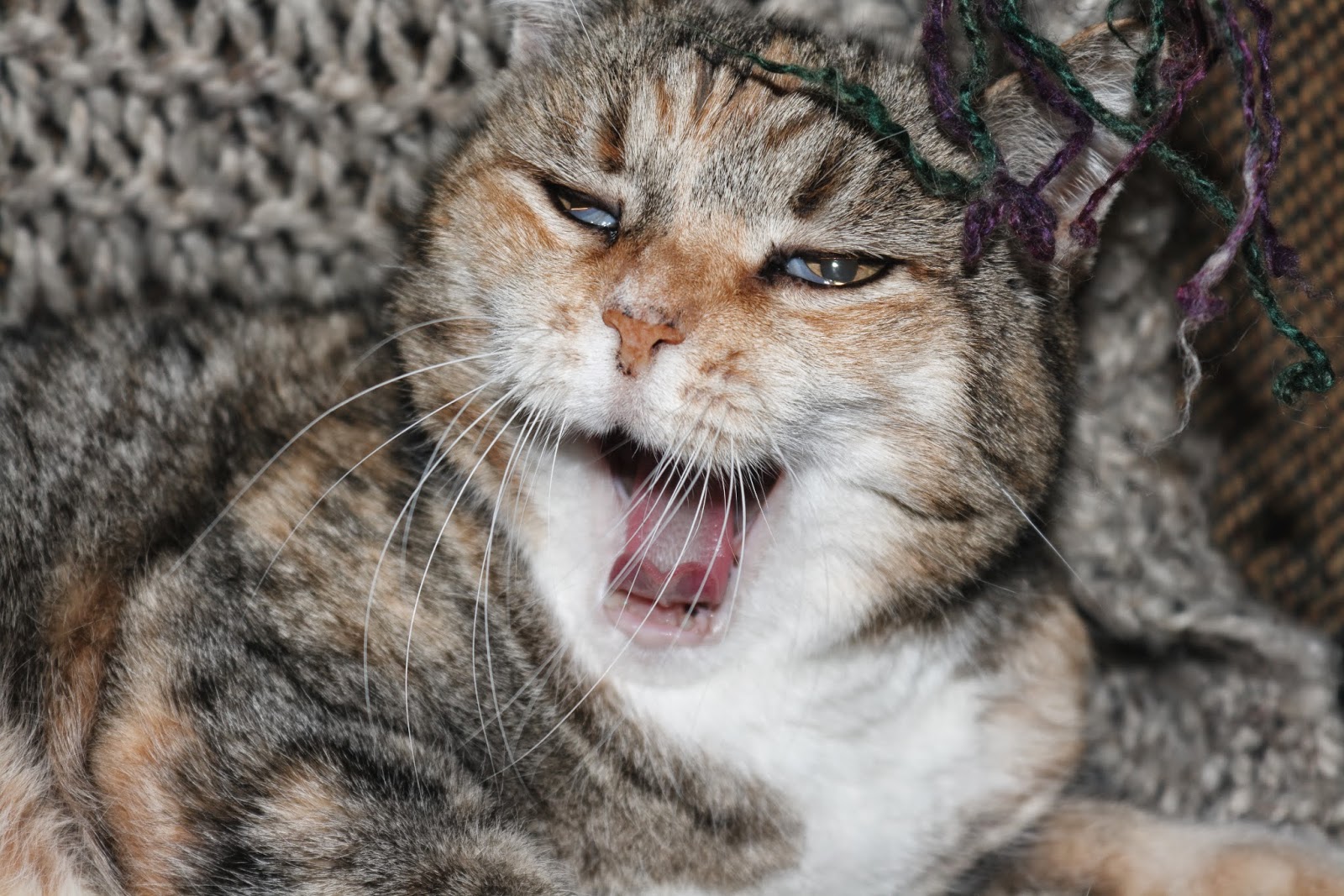